IoT Command center allows you to monitor your home using the ARTIK cloud and automate your Hue light.

IoT Command center allows you to monitor your home using the ARTIK cloud and automate your Hue light. 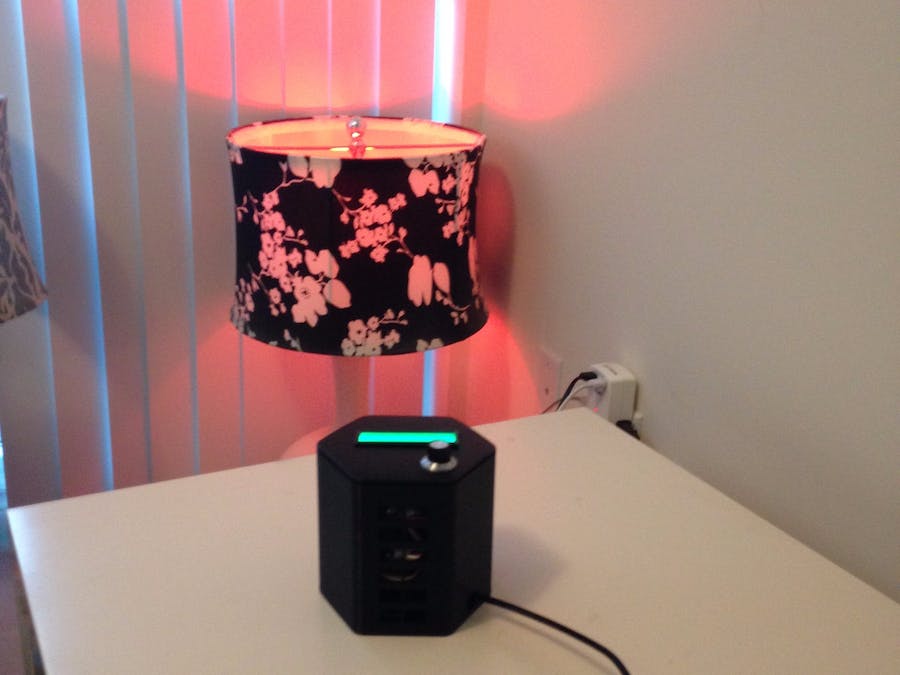 IoT command Center, is a great way to monitor the conditions inside your home and upload data to ARTIK cloud for logging, which you can reference in the future. And also use the ARTIK rules engine to control Hue Light. There are two parts to the project --

Here is a picture gallery of the features

Here are the Steps to follow to complete the build

3D print the STL files ,here you have 3 STL files to print , in my case I am using a Flashforge Creator pro and here are some suggested 3D printer settings

In your browser go to http://yun.local as shown in the screen shot below

Remember to give your Yun a name and make a note of the IP address , which you will need to SSH into the Yun

SSH into Yun and Install the ARTIK cloud python library

once you have entered you password , install pip package manager using the following commands

and then to install the ARTIK python library run

Once you have logged in create an application, under the Dashboard --Application , I am calling mine "YunHomeAutomation"

ARTIK Cloud -My- add new ArduinoYunHome as a device

Now login to https://artik.cloud/my/devices , and use the connect another device to add the Device type you just created in the above step .

ARTIK Cloud -My - Add Phillips Hue as a Device

Also add the Phillips Hue as a device using the connect another device , here you will see a configure button which will ask for your Phillips Hue account details.

Once done you should see all you Phillips Hue light , with the names that you have given them while setting them up using the Hue ios/android app. As you see in the screen shot below I have 3 Hue bulbs

Upload the code attached below and you are now done with you setup of the IoT command center , open the Serial monitor to test and also check out the data log section under my Artik cloud -> Data Logs to verify the the sensor values are logged.

Putting the Electronic components and 3D printed together

Now we are going setup a couple of ARTIK cloud rules to test our setup as shown in the video below, basically when we move the potentiometer dial to one end, we will post data to ARTIK cloud, which in turn will trigger a rule to turn on one lamp and the color of the other hue light to blue.

And when the potentiometer dial is moved to other direction we will turn off the one lamp and turn the color of the other light to red.

As part of the rule setup as shown in the screen shot below, you will have to decide the time the rule needs to be run, if you plan on giving a specific time(suggestion for testing keep this blank for your first rule)

Choose the Device Activity to monitor, here as you see in the screen shot below we are going to select ArduinoYunHome followed by homeon = 1

And then in the Send action section we are going to

similarly create another rule and set

For the second part of the project we are going to build a key less door entry mechanism , which will turn on/off the hue lights when the door is open/closed , using a ARTIK cloud rule. Here is a quick video demo of my setup

As part of the circuit

Now lets write a small program to test the servo motor. Copy paste the code below into the nano editor

you will also have to create a file, servoState.txt to store the state of the servo, basically to check the position of servo, that is if the door is open or closed

you will also have to create a file, servoState.txt to store the state of the servo, basically to check the position of servo, that is if the door is open or closed

and type in open

Now to test type in, this will move the servo to one end

And to move the servo to the other end type in

Installing Flask on the Pi

Once you have ssh'ed into you Pi use the following commands to install flask, which is a micro web development framework for Python

install flask , which we are going to use to build a simple web app

Setup a simple flask web app to check if the installation was successful, open the nano editor and copy paste the code below

And then to run the web app

To open the app in your browser type: http://ipaddressOfPi:80

3D print the STL files ,here you have 3 STL files to print , in my case I am using a Flashforge Creator pro and here are some suggested 3D printer settings

Link to the servo motor used - Standard Servo Motor (4.4KG*CM) and here is the link to mini breadboard which fits nicely in the Pi A+ enclosure.In addition as part of the setup , as you see in the pictures above I am using a 4AA batteries to drive the servo, but as part of the final setup I plan to use a USB cable cut at one end.

And also create a Manifest with the Field "doorState" as shown in the screen shot below, and then activate the Manifest

ARTIK Cloud -My- add new PiKeyLessDoorEntry as a device

Now login to https://artik.cloud/my/devices , and use the connect another device to add the Device type you just created in the above step .

To install ARTIK cloud python library, we are going to use pip

Also check the Datalog section under My Artik Cloud , to validate that data is logged which we are going to use Rule as part of the next step

As part of testing the code you will need to enter a password to open the door , as part of the code it is setup as "artikpi" and yes! you phone/tablet will have to be connected to your home WiFi to get to the web app.

Using the Pebble to Control your Hue lights

Use your pebble to control you Hue lights when you are feeling lazy and still in bed. For this you will have to install the Samsung ARTIK cloud app from the Pebble app store and then follow the instruction to enter you Samsung account details , that you used to log in into my Artik cloud web page above 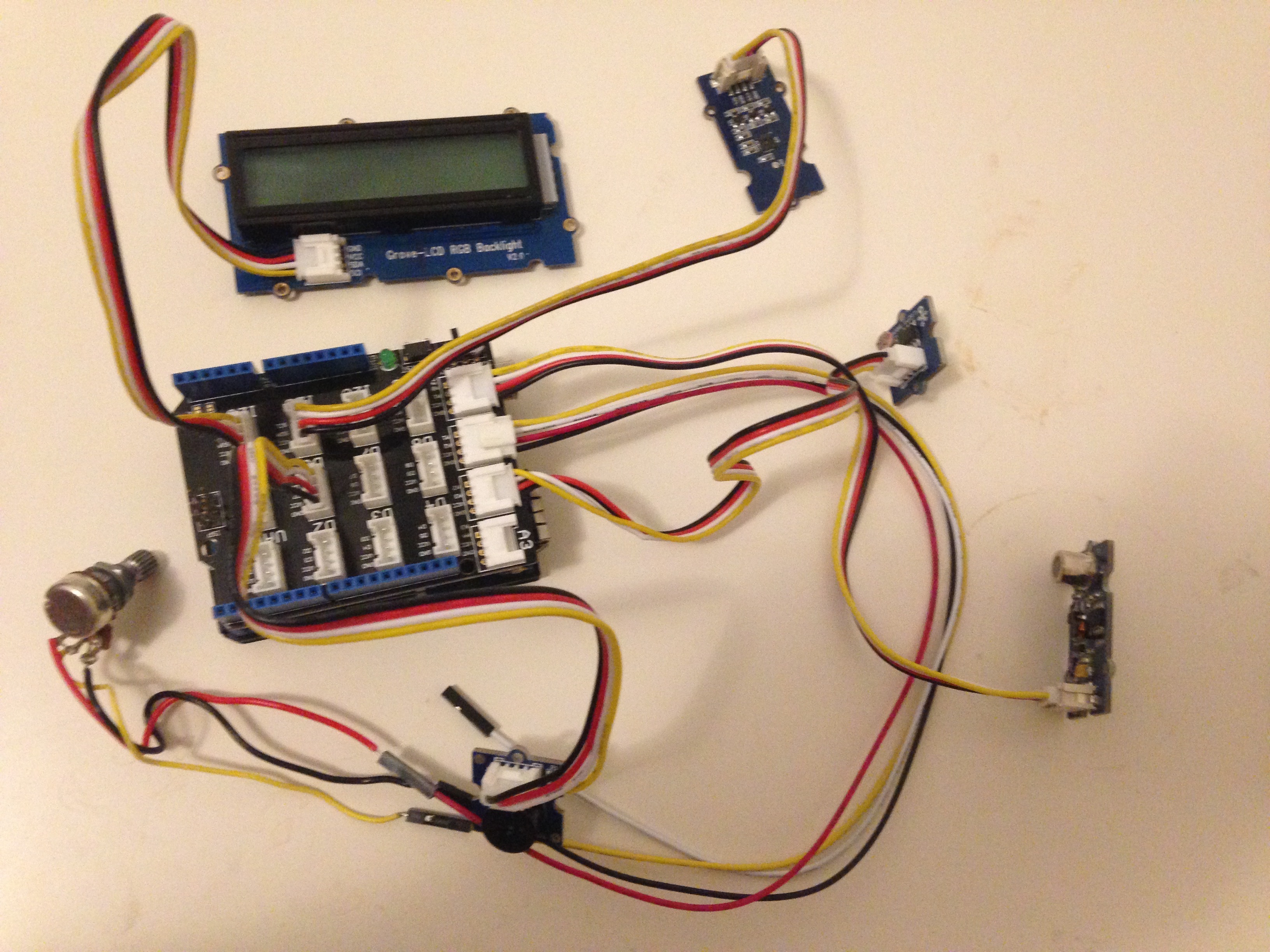 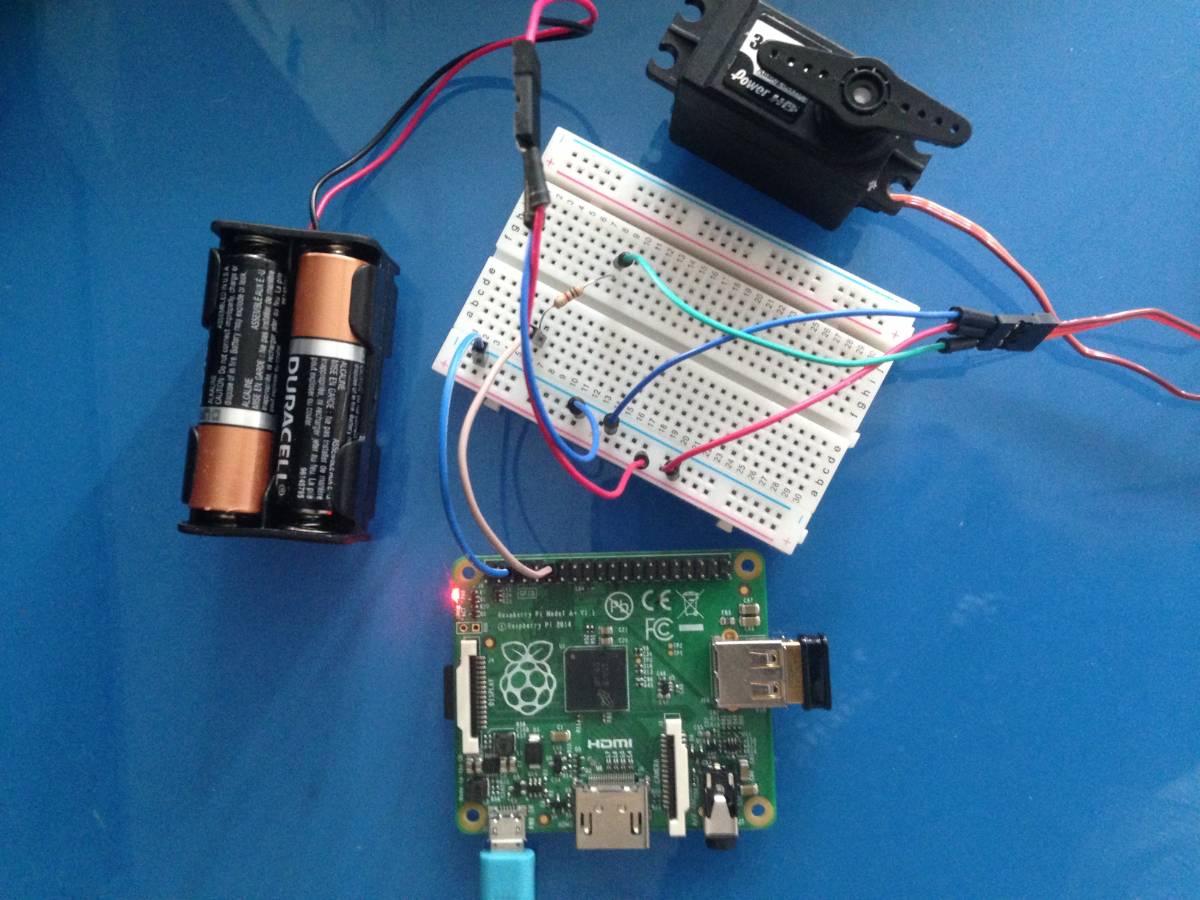